November 15, 2012
How can Western governments reduce their debts without implementing austerity programmes? One obvious way is to run a mild inflationary policy (3 to 4%) for a decade  This would substantially reduce the real value of the principal which has to be repaid. Another way to reduce the government's debt burden would be to monetise it i.e., have the central bank buy government bonds with newly-created money. At present, the Bank of England holds £375bn of UK government debt. The accumulated interest on this debt (approx. £30bn) has been reclaimed by the Treasury, which ultimately reduces the amount the government has to borrow. In other words, the government is effectively paying no interest on its debt! However, there is an even more radical way for the government debt burden to be reduced - the Bank of England could simply forgive the £375bn debt which it holds! What would stop it from doing so? 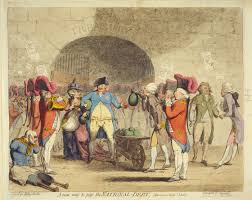