Why Is Inflation Low?

June 10, 2013
After the huge monetary stimulus by the Federal Reserve and other central banks, many economists were predicting high inflation. Based on historical experiences, I was also expecting higher inflation. This hasn't happened. Why? Click here to read a post by Gerald O'Driscoll Jr of the Cato Institute. He argues that (a) the velocity of  money (i.e., how many times a single £1 is spent in a year) is at historically low levels, which acts as a brake on runaway inflation; (b) CPI does not capture all goods and services in an economy and is therefore an inadequate measure of inflation, and it cannot pick up monetary-stimulated inflation; (c) there has been inflation of or a 'bubble' in long-lived assets such as houses, bonds, and maybe even equity, which are not picked up by CPI data; (d) inflation is popping its head up in countries which peg to or track the dollar e.g., China, Hong Kong, and Brazil. In conclusion, O'Driscoll warns that the West can expect higher consumer inflation sometime soon. 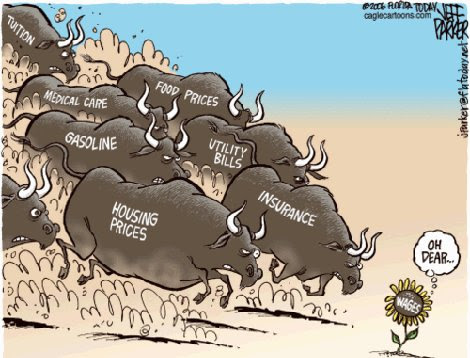