March 24, 2015
TopGear is one of the BBC's top export franchises. Its successful format involves three grown men talking about cars and engaging in college-like antics with cars. Jeremy Clarkson, the lead presenter, is brilliant at his job, but he is often a controversial character. Recently he was suspended by the BBC for punching a producer - story here.

The Mumbling and Stumbling Blog has a fantastic post which compares central banking and Jeremy Clarkson - click here. The key issue for central banks is whether they should obey rules or be given discretion. This is also the key issue for Jeremy Clarkson - should he be given discretion to punch people or a rule 'don't punch people'? If it is the latter, Stumbling and Mumbling point out that he would have never have hit Piers Morgan, which would be a sub-optimal outcome! Rules for central banks can also produce sub-optimal outcomes. 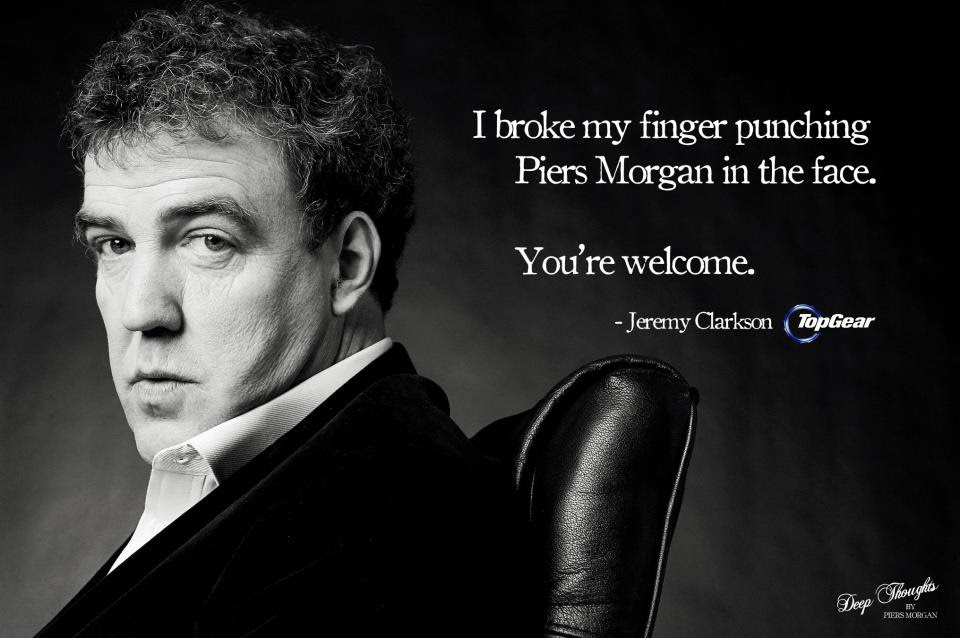