November 20, 2015
My book Banking in Crisis has recently been awarded the Wadsworth Prize by the Business Archives Council for the best business history book published in 2014. The list of previous winners can be viewed here. At the awards ceremony at Lloyds last week, the chair of the judging panel, Professor Richard Roberts, said the following:

Early on, Judith Rowbotham helpfully defined the book that should emerge as the winner as Q: ‘the book that we all felt it would puzzle everybody if it DIDN’T win.’ And the book that meets that criterion is: Banking in Crisis: The Rise and Fall of British Banking Stability, 1800 to the Present, by John Turner. Why was that? Well, this is both an original and an important book. It provides a lucid analysis and critique of the development of British banking over the last two centuries. It is the culmination and synthesis of a decade and a half of research on aspects of the history of banking, and of bank corporate structure, management and ownership. Banking in Crisis elucidates with admirable clarity complex financial concepts and debates as context for discussion of the long-term development of British banking. It presents original analyses of the significance of British banking crises and the lengthy stability of British banking over the 120 years from 1878 to 2007-8. It deploys history to propose reforms to the governance of banking to restore banking stability. Pessimistically, it concludes that a reversion to crises, as characterised British banking in the first half of the 19th century, is probably the new normal. In sum, it is a book that is original, insightful, persuasive, timely and highly readable. So, our congratulations to John Turner. 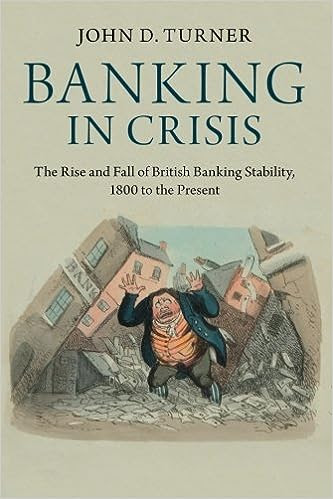