December 13, 2013
The beatification of Nelson Mandela by the world's press and politicians sits uneasily with me as with some others (see the piece by Simon Jenkins at the Guardian). All statesmen and leaders have their weaknesses, and sometimes it takes the distance of time to truly assess the greatness of someone like Nelson Mandela. South Africa today is riven by inequality, unemployment, social deprivation, corruption and crime. Mandela's new South Africa has economic apartheid, with large chunks of the nation's wealth in the hands of a few (mainly white) elites. The new South Africa has all the trappings of democracy, but, in effect, it is a one-party state with all the problems that this brings. The big challenge for South Africa is how it becomes a competitive democracy which spreads wealth around without destroying the businesses and corporations which produce, and will continue to produce, that wealth. Click here to read an op-ed at the New Yorker on Mandela's economic legacy. 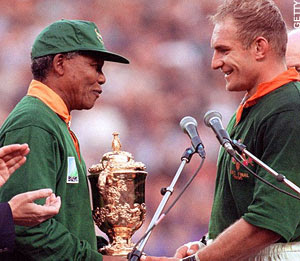