The Economics of President Trump

November 12, 2016
Economics played a major role in the victory of Donald Trump. Rising income and wealth inequality has meant that median incomes in real terms in the U.S. have been stagnant for four decades and those in the middle income deciles of the income distribution have been squeezed. The causes of this inequality have been blamed on global trade agreements, immigration, and off-shoring.  There has also been a hollowing out effect due to technological change – routine jobs such as bank clerks have been computerised – which has had a negative effect on middle class wages. Trump’s constituency is largely comprised of this squeezed middle.

The big question about Trump’s economic policy is whether he will stay true to his constituency. If he does, we can expect the rolling back of trade deals, the introduction of tariffs, trade wars with China, and limits on immigration. However, before the world loses sleep over this, we need to remember that Trump is a businessman and his outlandish suggestions (for example, the infamous Wall) may simply be him taking an extreme negotiating stance so that he gets what he wants in terms of trade deals or limits on immigration. By appearing to be crazy, Donald Trump may deliberately be increasing his bargaining power both internally and on the global stage. Furthermore, Trump’s anti-globalisation rhetoric may simply have been a ploy to get elected.

As a businessman, and given that many of those who voted for him are small business owners, Trump is likely to implement policies which stimulate business creation and growth. We can expect deregulation of some industries, financial deregulation (e.g., the repeal of Dodd-Frank) and the slashing of corporate tax rates from 35 to 15 per cent. This latter policy change could trigger the repatriation of corporate profits from overseas and discourage U.S. firms from making FDI investments. This, of course, has major ramifications for the north and south of Ireland.

We can also expect Trump to invest in U.S. infrastructure, which is crumbling. Notably, the stocks of construction companies and extractive industries responded positively to Trump’s election. Infrastructure spending will be financed by increasing public debt, which is already high. Ironically, many Democratic economic commentators have been calling for infrastructure investment financed by public debt to boost productivity and as an answer to America’s economic malaise.

In my opinion, possibly the most important policy question which faces Trump is what to do with the Federal Reserve and Janet Yellen. Trump may want to curb the power of the Fed and give it a new mandate, particularly if he wants higher economic growth and plans to issue so much public debt. In addition, if he is going to fight trade wars, he will need a compliant Federal Reserve willing to inflate the currency.

Trump is something of an economic enigma. One part of him is populist with his attacks on free trade and globalisation. Another part is pure Keynesian with his debt-financed infrastructure expenditure. A final part of him is a free-market supply-sider, with an emphasis on deregulation and tax cutting.

Ronald Reagan is extolled by conservatives because of his bold economic policies which helped the U.S. escape the stagflation trap. Reagan’s real genius was in surrounding himself with a very smart economic team. One look at Trump’s economic advisory team of billionaire businesspeople and hedge fund managers suggests that he, like Reagan before him, is surrounding himself with smart people who understand the economy. This suggests to me that the threat of a Trump presidency to the U.S. and global economy may not be as great as implied by his pre-election rhetoric. 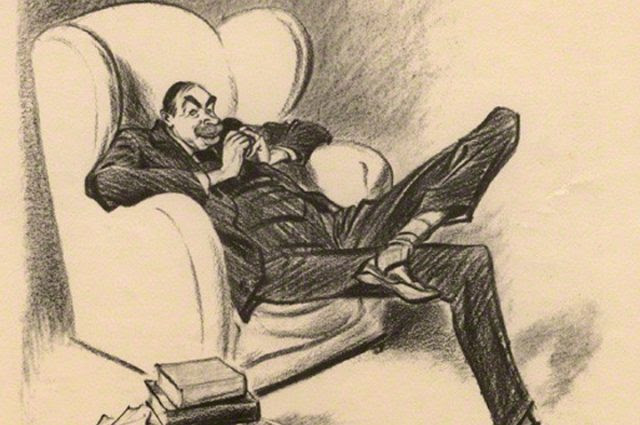