October 12, 2012
The EU has just won the Nobel Peace Prize for its contribution to peace on Continental Europe.  There is no doubt that the EU has helped to bring some sort of stability to Europe after the ravages of World War II, fascist regimes, and totalitarianism. However, there is also a possible contradiction in awarding the prize to the EU at this time in that monetary union has created massive political and social tensions both within countries (e.g., Spain and Greece) and within Europe.

My prediction for the Nobel Economics Prize - it won't be the EU! 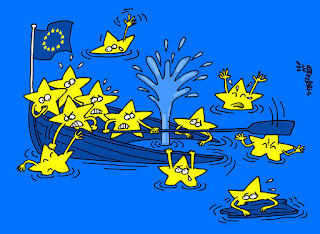