October 16, 2012
This week's Economist has a really nice section on the growth of inequality (click here).   Many parts of the developed (and emergent) world have experienced growing wealth and income inequality over the past three decades. My own work on Ireland shows that wealth in the 19th century was concentrated in the hands of the top 1% of the population, but from 1900 onwards wealth became less concentrated.  However, since the 1980s, wealth has become much more concentrated. The big questions arising from this for economists and other social scientists are why has this happened and what can we do about it? 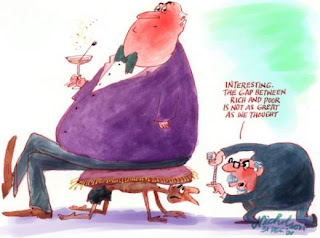